Starting off on our April 2019 Newsletter, Governments of all levels from state to federal are opening up previously unknown opportunities for urban planners and inner-city developers.

The trend towards privatising former government-owned areas of land is dovetailing nicely with the trend towards doing more with less to save public funds and stretch taxpayer dollars further. Federal government departments especially are spending less on large purpose-built publicly owned facilities, and are instead co-developing or leasing private sector tenancies.

A good recent example of these trends in action can be seen on an attractive large site in Barton, near the city centre of Canberra. The large site that stretches across almost 12,000 square metres is sizeable enough for multiple uses, such as over 400 apartments or a mixed-use site that could include retail space, offices or short-term accommodation.

Being switched on to which government sites might be up for sale is also a good strategy when there is a change of government, which seems to likely according to the most recent opinion polls.

Second, on our April 2019 Newsletter, Architects are calling time on the so-called “Australian dream” of the large house with the equally large backyard. With architects more conscious of the environmental footprint of individuals homes, and urban planners increasingly looking at “infilling” existing suburbs rather than increasing suburban sprawl, planners need to be aware of both of these trends and how they will impact the profession.

For example, in Western Australia, these trends have recently led to new homes being measured up against so-called “six-star” energy standards. Homes that achieve a rating of less than this are far less likely to have affordable running costs once they are inhabited, since everything from the heating and cooling bill to the water costs spikes when a home is not well-designed.

Commercial office space and large skyscrapers have been used to this kind of environmental measurement for a while now, with the NABERS rating of a building a common feature in most tenancy advertisements. It seems that now, home building is going to get the same treatment. 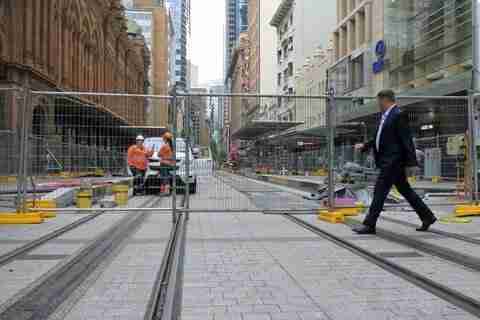 Third, on our April 2019 Newsletter. Infrastructure is a strange beast. On the one hand, spending hundreds of millions or even billions of dollars on infrastructure is almost universally seen as a positive. Large scale transport projects especially are “sold” on the basis of “getting cities moving” “slashing commute times” “modernising our cities” and other obviously desirable goals for a wide cross-section of people.

But the practical effects of these sorts of projects are often far less scrutinised or brought up in public forums until they are negatively impacting people. The recent construction of the Sydney and Canberra light rail networks are prime examples.

The Canberra light rail project was recently completed, giving much cause for celebration and even more cause for relief. The project was the largest ever attempted in terms of public works in the Australian Capital Territory and connects stops along a 12 kilometre route, through many of the major hubs of the nation’s capital.

However, cost overruns, delays and the inconvenience to local businesses have meant for a rocky journey to date. Mitigating difficulties of this kind is increasingly important to stakeholders in these sorts of projects, and you can see more about the practical impacts of construction like this at the link below.

Self Driving Cars Could Remake Cities

Lastly, on our April 2019 Newsletter, self-driving cars are a little like of flying cars – they seem to have been talked about for a long time, but neither seems overly likely in the near term.

It might be time to rethink that point of view. The largest automotive and technology companies in the world, and their billion-dollar-plus research and development budgets are all throwing their best and brightest at the problem of getting self-driving cars on the road. And when the collective intelligence and spending power of Google, Apple, General Motors, Tesla, Uber and Lyft are all being channelled towards solving a problem, it seems unwise to bet against it being solved.

But self-driving cars will completely remake and reshape our cities. For example, once cars can offload their passengers and head back home, what need is there for the thousands of square kilometres of parking space currently taken up in our cities, much of it on prime real estate? And how could this land be repurposed for a more useful or practical purpose than storing large hunks of metal for 10 hours or more per day? This is just one of the potential changes that self-driving cars might bring.

Those are the articles for our April 2019 Newsletter. Subscribe to be up-to-date.